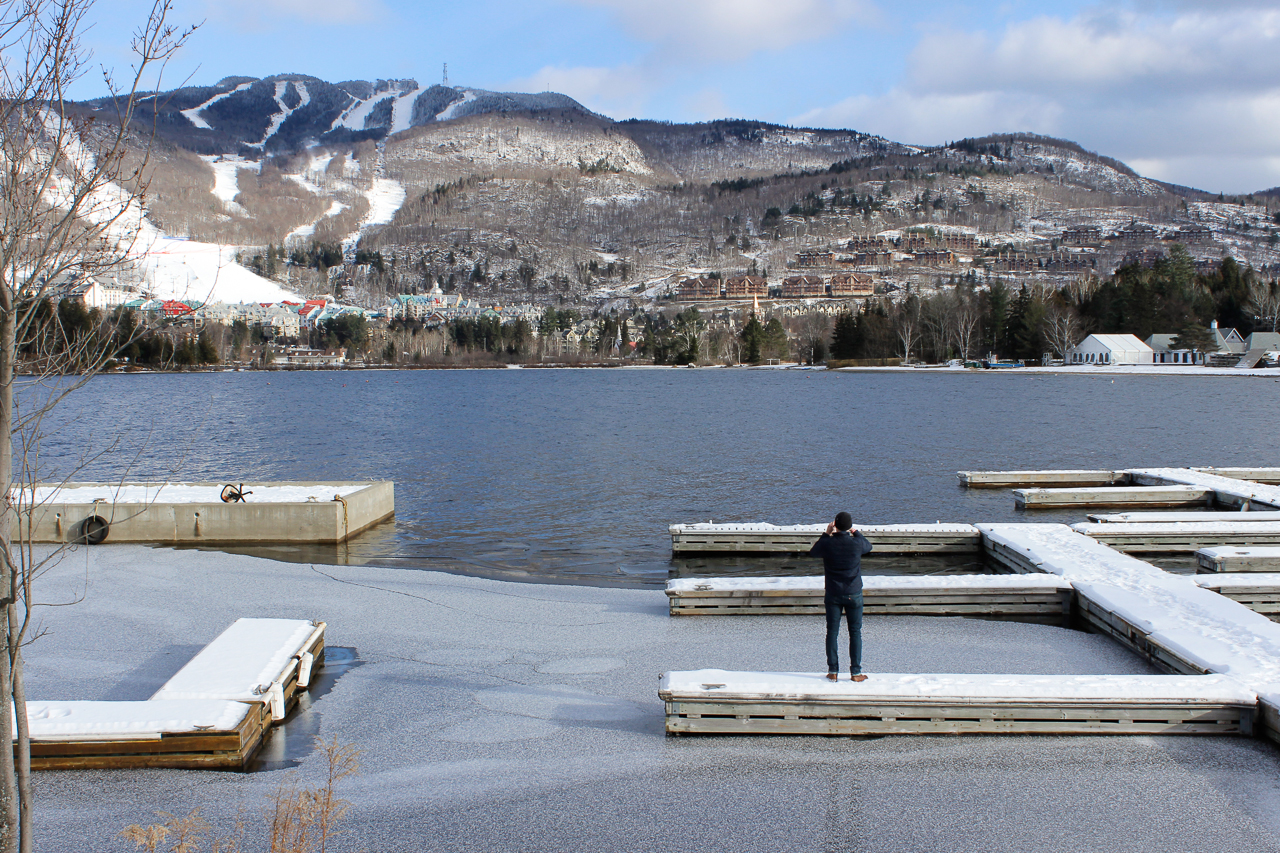 There’s nothing really spectacular about making a 12 hour round trip to go snowboarding for two hours. In fact, to many people, it probably sounds like an utterly ridiculous idea. However, it always seems to be the most ridiculous ideas that turn into the biggest adventures, especially when you have an event like the 24 Hours of Tremblant awaiting you at your destination.

Since its inaugural year in 2001, the 24-hour event has raised more than $12 million dollars for children’s charities and foundations. I’d be making the trip with my good friends Richard Roth and Andrew Rusk to meet up with the rest of the team from SBC Media (SBC Skier, Snowboard Canada Magazine) once we arrived at Mont Tremblant.

Prior to this trip, I had only been to Tremblant once before in my life. A solo, overnight road trip a few years ago resulted in less-than-favourable conditions and an early end to the day as the fire department cleared everyone from the mountain after a building caught fire at the peak. With that memory fresh on my mind, the prospect of potentially having to ride full speed, on early-season snow, at 4 AM seems like a walk in the park.

Saturday morning comes quickly, and we meet with the rest of the team to choose our shifts. I end up with a relatively mellow assignment of tackling the two hours between 10 PM and midnight. Any discussion of strategy quickly goes out the window as the team starts recalling stories from previous years. It just so happens that one of our teammates has a history of favouring the company at Le P’Tit Caribou, rather than arriving on time for his shifts. He assures us that, “it won’t happen again.” We’re skeptical, at best.

The beginning of the event is highlighted by a foot race from the base of the village to the base of the gondola, featuring one steep hill in particular that has surely claimed the dignity of many drunken revelers. The event isn’t scheduled to start until noon, but there’s already a sizable crowd gathered at the starting line. While the biggest awards for the weekend go out to the teams who top the fundraising charts, there are still more than enough bragging rights floating on the crisp, winter air to fuel some serious competition.

Before I know it, it’s 9 PM and I’m pulling together the last few pieces of equipment I need for my shift. Face mask? Check. iPhone? Check. Headphones? Check. Snowboard playlist? Ready. I’m also armed with some reconnaissance from Roth. Apparently the course is in fantastic condition, with the exception of the last three switchbacks. These, I’m told, are sheer ice, and are also where the pack has been clustering up as the faster competitors catch up to the slowpokes. Fantastic.

My heart is racing as I cross over into the pit area. There’s a massive crowd gathered at the main stage, and some sort of French Top 40 music is blaring through the sound system from the band on stage. I wish I could pay attention to it, but trying to spot my teammate who’s coming down on last lap of his shift. All of a sudden, there he is. I flag him down and he stops in front of me. Bib swap, transceiver change, “good luck”, “thanks”, and I hand him a beer out of my jacket pocket as I run to the gondola. Holy crap, this is it.

I wish I had the words to describe the next few hours. It’s a combination of thrill and fear that I’ve never felt before. I’ve gone fast on a snowboard before, but I’ve never done a three-minute straightline run down an icy mountain, at 11 PM, while passing and being passed by other competitors with only a few feet of room to spare. Using the Ski Tracks app on my phone, I find my top speed of 97.7 km/h. A number I’m fairly proud of, until I hear later that Rusk maxed out at over 106 km/h.

Eight laps later, I pull back into the pits. Bib swap, transceiver change, “good luck”, “thanks”, and I’m handed a beer as the next member of our team runs off to the gondola.

The 24 Hours of Tremblant might not be an adventure for everyone, but if anything you’ve read up to this point sounds appealing, I’d highly recommend finding yourself a team. However, adventure doesn’t have to be about hitting your terminal velocity during the middle of the night on an icy, foggy mountain somewhere in Quebec. With such a good group of friends along for the ride, I would have come home with just as many stories and memories had this been another run-of-the-mill weekend snowboard trip, and that’s an adventure that we can all aspire to.

Jason Petznick is a country boy. Growing up 30 minutes north of Waterloo, his early adventures consisted of memorizing Star Wars facts and obsessing over automotive magazines. One fateful day his brother brought home a snowboard magazine, and that was that. Petznick currently resides in Collingwood, Ontario, and works full time in the Marketing Department at Blue Mountain Resort. He also finds time to do some writing, photography, graphic design, emceeing, wakeboarding, skateboarding and mountain biking outside of office hours.

As an adventure seeker, photographer…