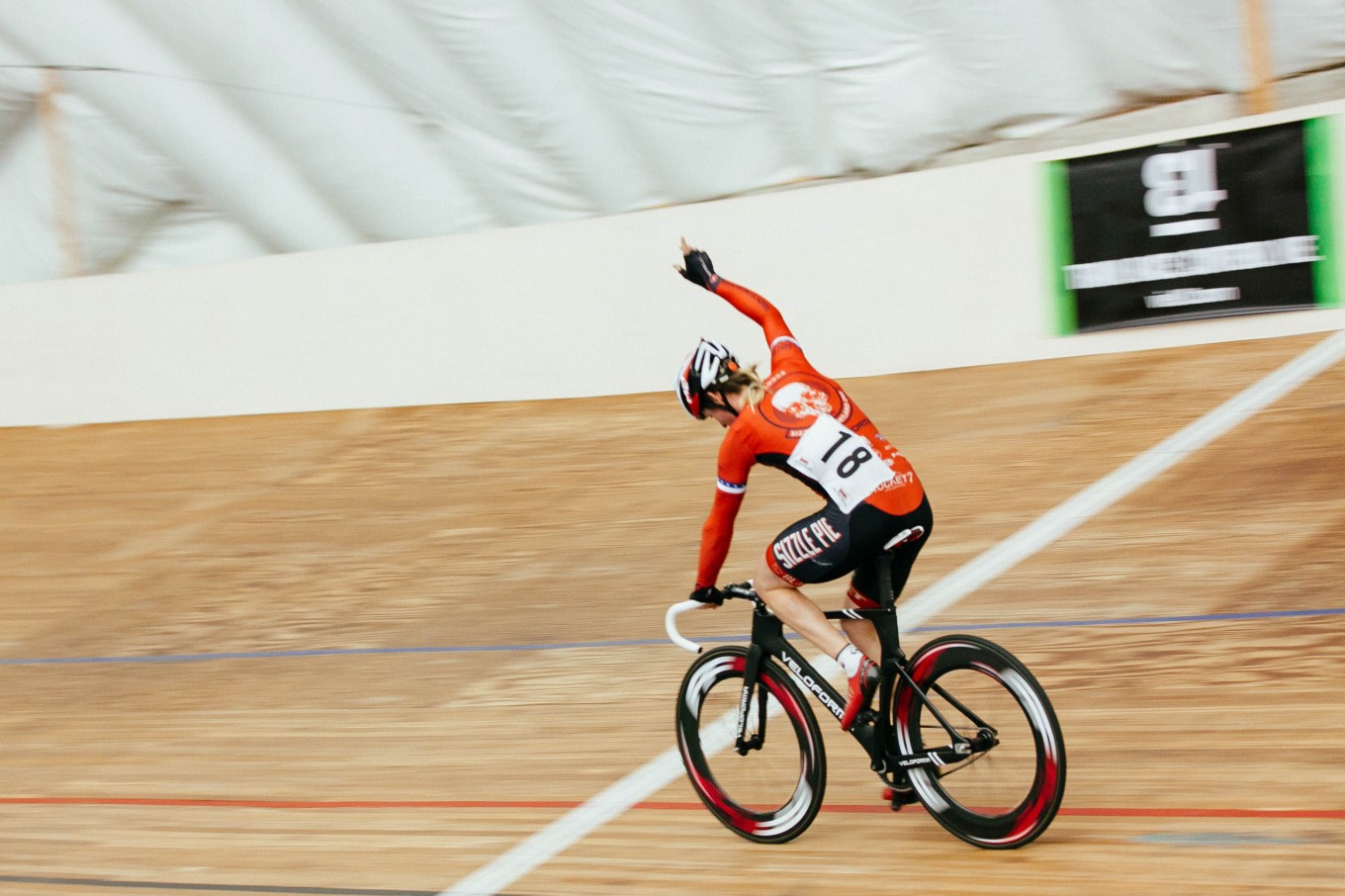 November in Vancouver is commonly known as ‘purgatory’, at least in my circle of friends. It’s that time of year when you don’t know what to do with yourself. You dream of snow and start gathering all your gear but you also yearn to ride your bike fast and far, you look out the window and it’s pouring rain.Awesome. As a long time Vancouver resident I’m used to it but that’s not to say that I am immune to the depression this time of year can cause. So what to do on a Friday night? Watch other people bike fast at the Velodrome? Sure, why not.

We get in the car and it’s absolutely miserable out, it’s pouring rain and it’s ‘Vancouver’ cold. We head out to the Burnaby Velodrome, which is only 1 of 2 indoor velodromes in Canada and is located on the Barnet Hwy across from the Burrard inlet.

I learn along the way from my friend Kenji that the event we were going to is the ‘Feature Friday Night Race Series’, basically the best of the best race to gain points. The points leader in each category will be awarded the leader’s jersey. At the series finale on March 21st the overall champion’s jersey will be awarded to the overall leader of the series. There are 5 different groups racing for points; junior men, junior woman, B men, A men and woman. Each group will race a total of 3 races, each time a different type. There are 9 types of races in total.

The most commonly known type is the ‘Scratch’ race; riders ride a set number of laps and the first person across the line after that distance wins. Simple enough. Then you get a race called the ‘Snowball’; each lap points are awarded to the first person across the line. Each lap the point value increases (i.e. the first lap is worth one point, the second lap is worth two points, etc.) So then it becomes a game of strategy and knowing how you best perform.

Most of the riders are local but there were a few kids from Portland that just ripped the track. Most notably was Zak Kovalcik, a former courier turned US national champion. He’s unmistakable with his long fiery hair and natural athleticism.

It’s hard not to get into this event. First off there is a beer garden and a food truck, then you add a dj and some crashes on the track and you have yourself a Friday night. There are all sorts of people in attendance; your classic track cyclist, the couriers, the families cheering their loved ones on and the old god fathers of cycling. The announcers do a great job of keeping you in the loop and it boggles my mind how they can keep track of what is going on as some of the races were up to 60 laps long.

There is a definite movement to breath life back into this velodrome and this event is a testament to that. With the recent rebranding and sponsorship partners I see this velodrome heading in the right direction. For those who are interested in giving track riding a try the Burnaby Velodrome offers many programs for all ages.

Nate Muskoka is back with…

The Rally of the Tall…