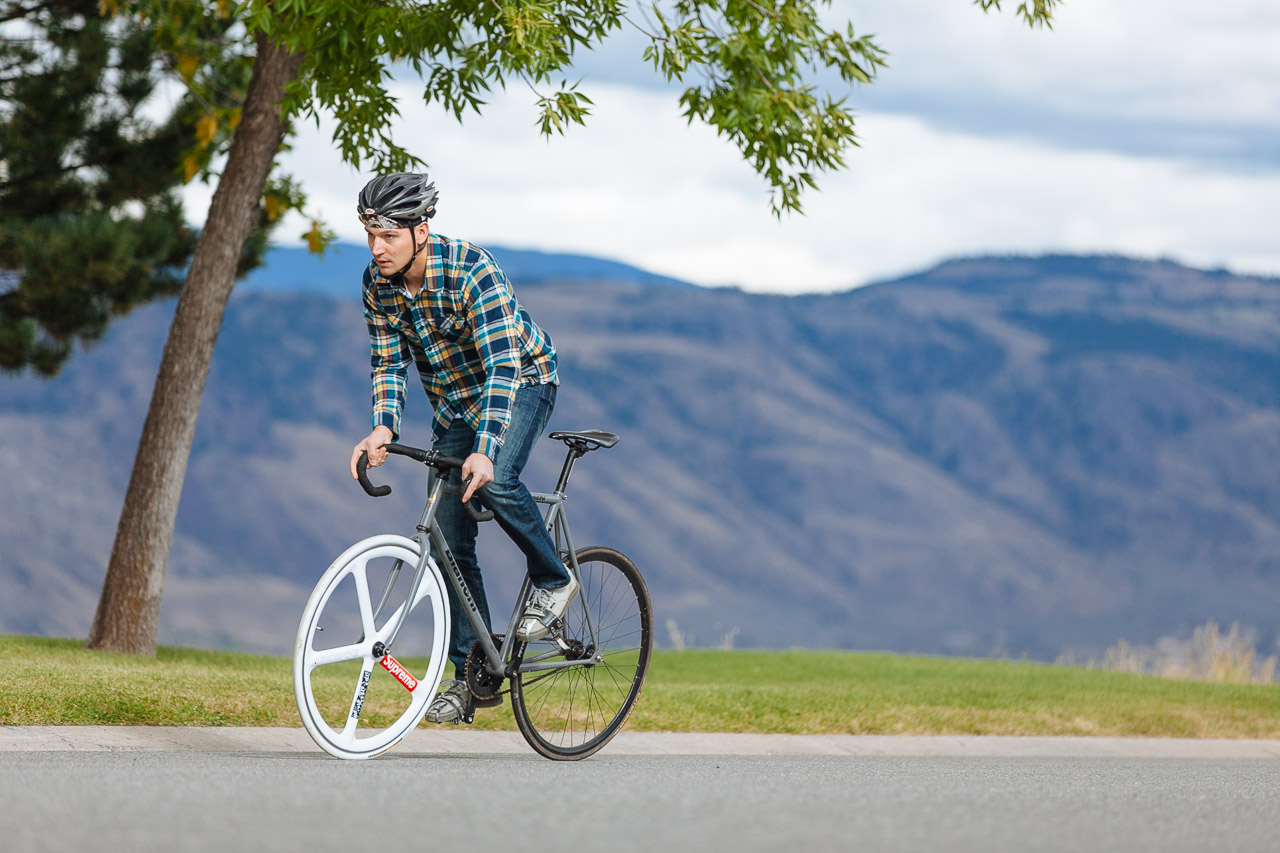 You know you’re approaching Kamloops when SUVs are replaced with pick-up trucks and a man wearing cowboy boots and hat is the norm.

Kamloops is located in south central British Columbia in the Thompson Valley, doted with steep hillsides, perfect for those willing to accept the challenge. Adventure Seekers follows Fix That Bike team riders, Rob and Kristian, as they leave their downhill bikes behind and head out to beautiful Kamloops. Who says you have to keep your fixie in the big city streets, we don’t, all you need is a sense of adventure.

We scope out the area over coffee and crêpes, it’s a beautiful September morning when we head out in search of new trails.

We ride along the streets, through the parks and along the water. It’s an awesome day full of new discoveries, belly laughs and leg cramps, those hills! You can never be disappointed when you venture out into the unknown.

We are in luck, Rob leads us to the hills on the south end of Kamloops and we are treated to a panoramic view of the valley and the Thompson River.

It’s a joy to photograph the boys out here, the backdrop is magnificent and they are hilarious.

We ride along the streets and they stop to play around on their bikes, always trying to show the other up. I follow them through the park and along the water, it’s a great day full of new discoveries, belly laughs and leg cramps, those hills!

The day is sealed over drinks and lasagna and I know they will be back. Kamloops is too beautiful and too challenging to not give it another go.

In the first installment of…

Giro is a very recognizable…