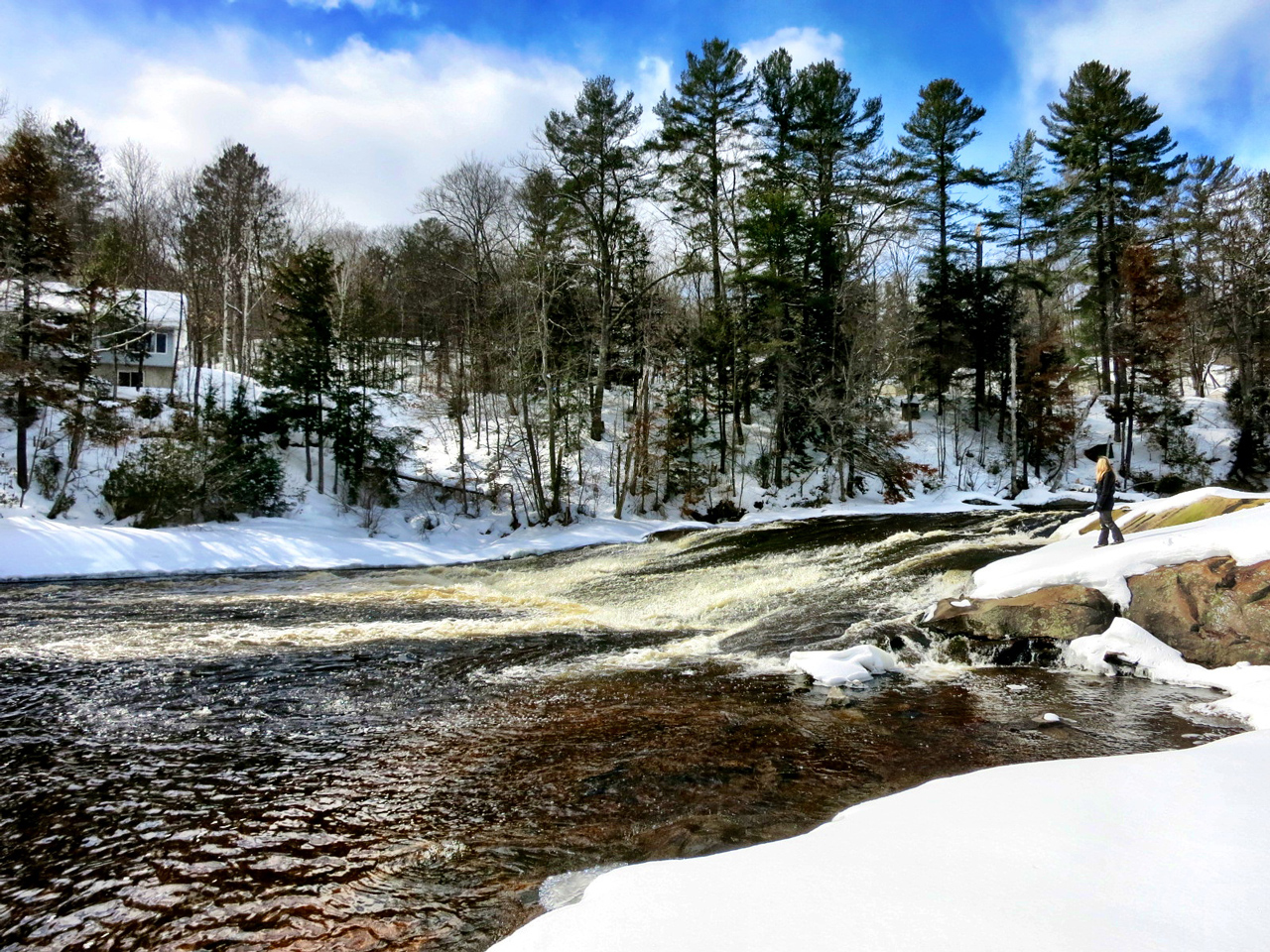 Winter in Muskoka is officially over, but you wouldn’t know from looking outside around here.  It’s the end of April and should you step off that packed trail in the forest, it’s still knee deep.  Most area lakes still have at least a couple feet of solid ice, ensuring that your traditional May 24 swim is going to be very much on the frosty side.

I, like many other Muskokans, refused to continue shovelling the driveway after the first official day of spring.  One can only spend so many mornings shovelling white stuff to get out of the driveway only to come home at the end of the day and have to shovel it once again to get back into the driveway.  This Muskoka winter was epic by any standards and satiated all those who had been longing for “one of those olde fashioned winters.”

The official snow fall tally at the end of it all was a ridiculous 15ft and change.  So if you had been reminiscing about the chest deep snow of your childhood, this was your chance to build that cavernous palace out of a 10ft tall snow bank once again.  Or if snow bank forts aren’t your thing, it was open season on any and all other snow related endeavours.  I surprised myself by spending a lot of my outdoor time in snowshoes, hitherto only having used them on forced Sunday afternoon marches though the back 40 as a kid.  Or maybe not so surprising considering the amount of days that it made complete sense to leave the house wearing a pair to accomplish such menial tasks as grabbing the mail.  Snowshoeing was also perfect for quick and easy access to a trail with a backpack of beers and the dog, while still making sure you burned some calories.

I did lots of other snow stuff too of course, as did everyone else.  Local ski resort conditions were amazing, offering up a record amount of those oh so rare Ontario Pow Days, which I happily participated in.  Snowmobile trails had solid coverage and with overnight temps consistently in the -20C range (or worse), the larger lakes were transformed into 6 lane snow machine highways peppered with ice fishing huts.

I discovered trails and spots that I had never even considered in the summer.  I usually only pass through Arrowhead Provincial Park while floating down the Big East River, but this winter I tromped my way through their awesome snowshoe trails.  Arrowhead had a stellar winter season, with their 1km ice skating trail being the star attraction for the family crowd.  While the skating trail grabbed most of the press, Arrowhead is still best known for their 33kms of pristine cross country skiing trails complimented by the km’s of snowshoe access.  And then there were the local gems – the trails, spots and lookouts that take a bit more research, a little more poking around.  Those ones were well worth the effort this season.

That being said, I’m glad winter 2014 is over.  Like the screaming kid in the grocery store, kicking its heels on the way out and being a bad example for spring, it’s overstayed its welcome.  Bring on summer.

I am your typical Ontario…

Julie-Ann is one of the…