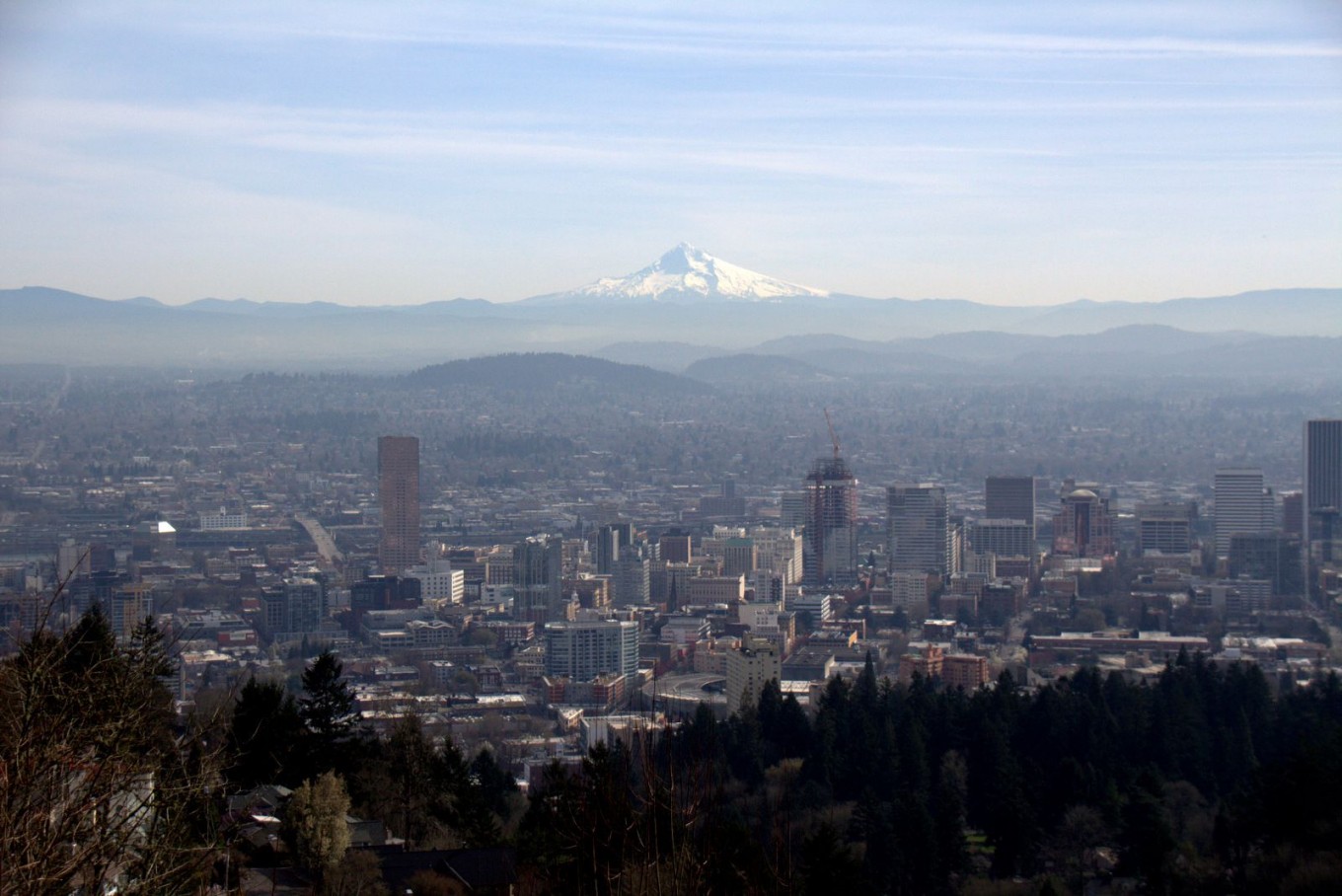 I have always been drawn to visit Portland; maybe it’s my connection with snowboarding and the history of Mount Hood or my passion for the outdoors or my enjoyment of a quality beer, all of which Portland has in abundance. Up until recently I have never had the opportunity, but a 2 hour flight from Burbank’s Bob Hope airport to the misty Pacific Northwest and next thing you know my wife and I set out to explore Stumptown.

Frequently recognized as one of the most environmentally conscious or “green” cities in the world because of its high walkability, large community of bicyclists, expansive network of public transportation options and 10,000+ acres of public parks. Portland is a feast for the visual senses, located near the confluence of the Willamette and Columbia rivers and surrounded by volcanic peaks like Mt Hood, Mt Adams, Mt St Helens and Mt Rainier. One only needs to open one’s eyes and the awe of nature is forced in to your brain.

With only a 3 day weekend to soak in as much as possible and not really wanting to rent a car we benefited form Portland’s efficient public transit system, lots of walking and a guided day trip from a local tour operator to maximize our experience. Getting picked up at our hotel we soon realized that a place as offbeat as Portland draws an equally offbeat group of travelers. We settled in with our motley crew and the 73 year old hippie tour guide for a sampling of the urban and the wild.

First stop and a pleasant surprise was Lan Su Chinese garden. This beautiful 40 000 sq. ft. garden full of water falls, traditional architecture and peaceful aura is shoehorned into the middle of downtown. The garden is a result of a collaboration between the cities of Portland and Suzhou, the sister city of Portland in China’s Jiangsu province that’s famous for its beautiful Ming Dynasty gardens. Lan Su was built by Chinese artisans from Suzhou and is the most authentic Chinese garden outside of China.

Powell’s Books, the largest independent retailer of books in the world has their main store in Portland. Grab a map when you come in and be prepared to get lost while checking out over 1 Million new and used books spread out over multiple floors and an entire city block. After picking up a couple books I had been looking for I was easily overwhelmed and tapped out after less than an hour of exploration.

Poler Stuff is Headquartered in Portland and their flagship store is well worth the visit. With the endless local wilderness and large connection to the action sports community Poler is adding some style to the camping world, while working to support adventures of all kinds not just the elite but the everyday. This is a fitting stop before heading out to explore the Columbia River valley and fill up on #CampVibes.

The gorgeous scenery that surrounds us everywhere we look is too much to deny and a dose of Oregon wilderness is required. Leaving the urban sprawl behind us we were quickly surrounded by volcanic peaks, vibrant green trees and countless waterfalls, including the gorgeous Multnomah Falls, a 611-foot-tall roaring, awe-inspiring cascade of icy water. We were treated to a great selection of waterfalls but this is obviously the king. Our wilderness tour ended at Crown Point, one of the scenic lookouts along the historic Columbia River Highway. Looking out over the Columbia River from 733’ above the water provides a point of view that reminds us that Lewis and Clark explored this whole area in the early 1800’s and how life changing seeing it must have been.

Back from our tour we settled in to exploration by foot and trying to cram in as much as possible. Voodoo Doughnuts, Helium Comedy Club, Nike’s Flagship store, Burnside Skate park the list of to do’s is endless and exciting, but impossible in this short amount of time. Portland is a true jewel in the Pacific Northwest, this 3 day sampling was enough to scratch the travel itch but a return visit complete with a few nights in a tent, maybe some summer snowboard laps on Mount Hood and more of the awesome local craft beers is a must.

Matt Baird has been working in the Action Sports industry as a park builder, event manager and brand marketer for the past 15 years. He has written for PUSH.ca, Snowboard Canada and Parks and Wreck, Matt’s own venture. Matt’s passion for adventure has taken him from the mountains of British Columbia, the coasts of Northern Ireland and France, to the beaches of Fiji and into the backcountry of Tasmania.

You can’t talk about landscape…

Having grown up in a…