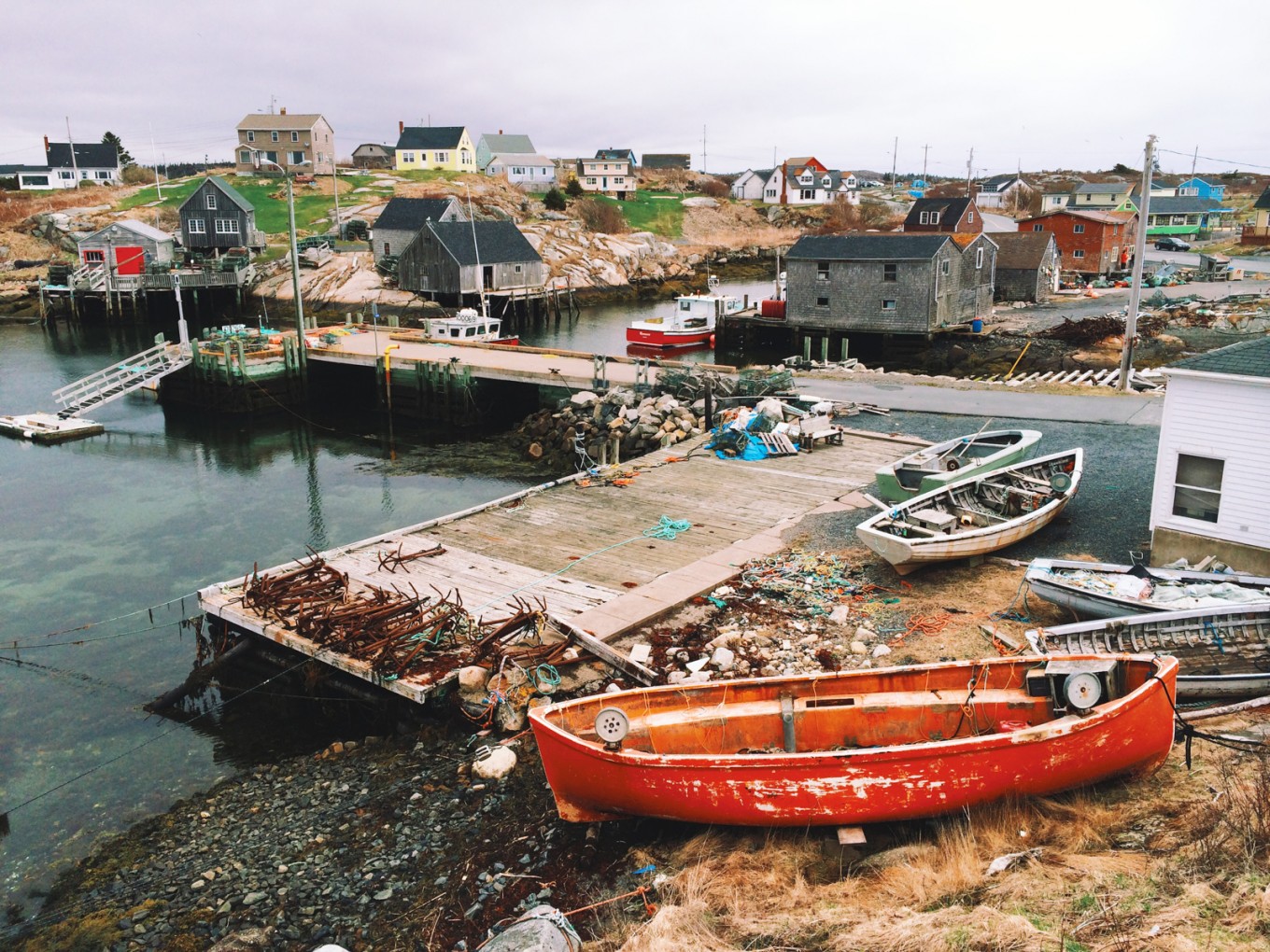 Setting off on a seven day road trip within your own country typically isn’t the first choice of vacation for 20-something’s from Toronto. Looking for an inexpensive escape from our busy daily lives filled with emails and iMessages, spending a last minute week in a Volkswagen Tiguan driving without a schedule seemed like an easy, cheap alternative to spending our savings flying off to a resort like our peers. What we didn’t realize was that by the end of our seven day journey, we would fall in love with parts of our country that we had never given much thought to

Trying to fight back the draw to the fan favourite coast along British Columbia, we set off towards its Eastern sibling of Nova Scotia. We would be lying if we said that we weren’t reluctant, but one thing became incredibly clear to us during our very first day of driving; both coasts offer relaxed attitudes that are a drastic change from their workaholic cousin Ontario. The second we headed East, the fast pace nature of Toronto slowed down to a near halt. We had finally found exactly what we needed.

Planning on stopping in a few select locations along the way, we tried to fit as many new experiences into one short week as we could without feeling like we needed to stick to a schedule. Stop number one? Drop in on our friends Andrew, Julie, and their gigantic Newfoundland dog, Cash to experience true country-living. Just outside of Ottawa by way of winding dirt roads straight out of an off-roading SUV commercial appeared a secluded hunters paradise of lakes and forests with a log cabin neatly placed in the perfect position. In true biker fashion, they were quick to get out the shotguns for some first timer skeet shooting. Warning: this hobby is incredibly addictive. After we both managed to nail it on the first try (and subsequently catch it on video to prove to everyone that it actually happened) it was time to hit the trails and keep heading East to our destination of Halifax.

Forging on through the constant road construction in the dead of night, we made it to Montreal which was the perfect checkpoint roughly halfway from Toronto to Halifax. Reluctantly, in an attempt to make it to the East coast in just two days, Montreal was left behind in the early morning and we set our sights on Nova Scotia. After we pushed through the absolutely TERRIBLE roads of Quebec and New Brunswick we made it to Halifax in time to get a good nights rest and enjoy the following day. Since it was in the off-season for the East coast, the streets weren’t bustling with business men and tourists that we are used to in Toronto. It was paradise.

Even though it was drizzling and cold all day, we pushed through and enjoyed our freedom. With stops at the Art Gallery of Nova Scotia and our first attempt to find the perfect fish and chips, we came to the realization that Halifax is definitely a city that is best enjoyed in the sunshine of the mid summer months. Travelling from downtown city core to downtown city core didn’t give us what we were looking for. With the Tiguan packed up and we set off to the famed Peggy’s Cove.

It felt like heaven, even though it was drizzling all day and cold. Halifax is definitely a city that is best enjoyed in the sunshine of the mid summer months. Travelling from downtown city core to downtown city core didn’t give us what we were looking for. With the Tiguan packed up and went to the incredibly beautiful Peggy’s Cove. Complete with a beautiful lighthouse and small fishing village, Peggy’s Cove is truly one of Canada’s most gorgeous locations and a must visit for anyone. Peggy’s Cove can get you hooked…hooked on the small town lure that the maritimes has to offer, and is rarely seen by the average tourist.

The bright red clay of PEI is something that needs to be seen to be believed. The island may be small and require an enormously long bridge to access but it has so much beauty packed within itself. With red clay cliffs making up a majority of the coastline and a large quantity of lighthouses scattered throughout the island, it makes for great opportunities to take in a scenic sunrise or sunset.

Complete with a beautiful lighthouse and small fishing village, Peggy’s Cove is truly one of Canada’s most gorgeous locations and a must visit for anyone. However, the star of the show was the drive we took along the water through tiny fishing hamlets with a last minute stop in a place called appropriately named Blandville. We were starving from a longer than anticipated trip and decided to stop at the only restaurant for miles that was open during this time of year that also doubled as a post office and as a corner store. We entered to see a kindly older woman who seemed to know absolutely everyone who entered the building. She sat us down, fed us fish and chips, and didn’t mind as we stared slightly in awe of the tea towel collection that was pinned to the ceiling. We were instantly hooked on the small town lure that the maritimes has to offer, and is rarely seen by the average tourist.

A little underwhelmed by Halifax in it’s quietest time of year, we decided to leave Nova Scotia and head towards Prince Edward Island. We proceeded to fall in love immediately. Throughout the entire trip, we had been searching for a row of colourful houses that was the epitome of what we thought the maritimes would look like and were beginning to believe that the commercials you see on television advertising the East coast had led us astray. The second we pulled off of the Confederation Bridge and entered PEI, there they were. The perfect row of coloured houses, followed by farms and churches over bright red clay that is something that needs to be seen to be believed.

The island may be small and require an enormously long bridge to access but it made our entire trip worthwhile. Charlottetown immediately greeted us with the kindest people we encountered, specifically a waiter who not only served us the fish and chips we had been searching for the entire trip (thank you, Brit’s Fish and Chips) but who also gave us embarrassing I heart PEI potato tattoos to give to our parents when we returned home. With full stomachs we decided to venture out on a drive to find the perfect spot along the coastline to take photos at sunset. We found Point Prim, an adorable lighthouse backed by rolling fields of grass and seemingly endless clay lining the water on either side that prompted us to instantly decide to stay another day to explore.

Day two in Prince Edward Island gave us everything we wanted with Cabot Beach Provincial Park. A light pink beach with a forest trail revealing a private area with layer upon layer of clay, rocks, and sand. The rain broke and allowed us an evening of skipping rocks with nobody around, and not a single text message notification to interrupt us.

Back in the metropolis of Toronto just two days after leaving PEI made for a serious case of denial. There is not a single moment when we are feeling overwhelmed with the reality of our Toronto lives when we don’t turn to each other and reminisce on that perfect day at Cabot Beach and dream of going back. Just as we had adjusted to the laid back speed and lifestyle of the maritimes, we were pushed back to the go-go lifestyle that is Toronto, but the lingering affect that the East coast has on us is not something that can be easily gotten rid of.

The second half of our…

The moment is still; my…