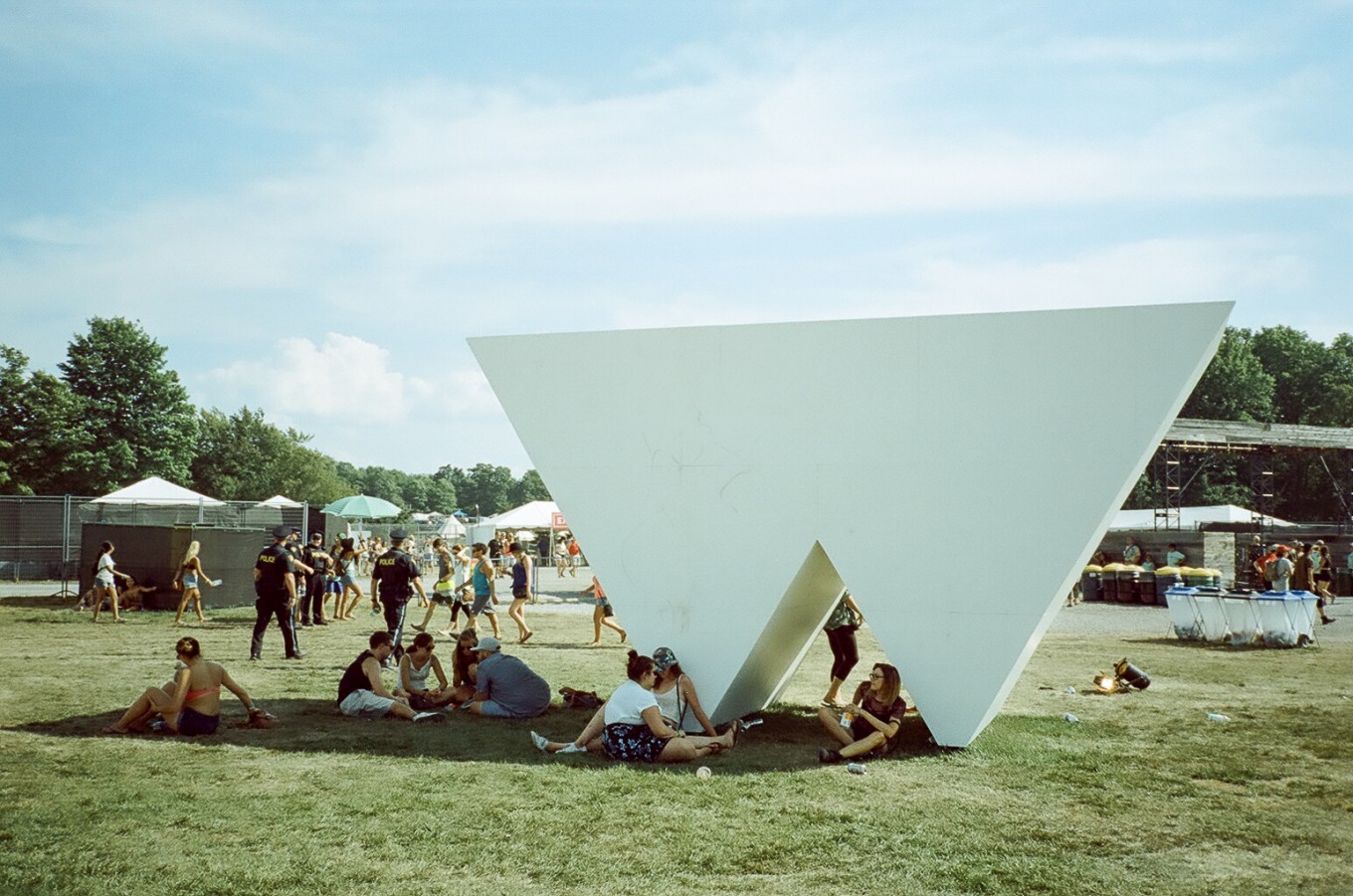 The Inaugural Wayhome Music & Arts Festival took place late July 2015 in Ontario, Canada. With summer vibes, great music and the idea that music festivals don’t have to be a battle of attrition; Wayhome ticked all the boxes of the good-time having Millennial. Not to feel left out (and old), Adventure Seekers sent an intrepid reporter to infiltrate the grounds with a few rolls of 35mm film, a large hat to hide under and a mission: Enjoy ourselves.

Mixing the music with art installations headed by Toronto based Charles Bierk, Wayhome set the tone with interactive art installations spread throughout the grounds to add to the already fun tone of the atmosphere. This allows the festival-goer to experience more than just watching a live show; they’re able to be involved in the show on another level by having artists ask of them to stop and think, if even for a fleeting moment about what they’re a part of. They even simply provide a landmark to meet your group or to offer a sliver of shade under the summer sun. Sometimes, art just kind of happens though.

The 35,000 mostly camped right on the grounds, experiencing a weekend camping alongside a music festival that had the general population fending for themselves amongst the wild west that were the camp grounds. The real stories of the festival came out of making fast friends and faster enemies with your neighbours who wouldn’t just shut the hell up or decided at 5am that your tent was in fact, theirs. Acoustic jam sessions, cookouts, frisbee tosses, deep conversations and a controlled mayhem of moving bodies all fitting in comfortably alongside Wayhome make up a big part of the experience. We wouldn’t even be surprised to learn some never even made it out of their campsite the entire weekend.

Acts included the great Neil Young, Kendrick Lamar, Run the Jewels, Sam Smith, The Rural Alberta Advantage and quite a few others. The acts were all excellent, obviously enjoying the Canadian summer festival vibes and open arms from their fans. The stage production, sound quality and overall execution were all top notch.

Wayhome had it all, for fans of indie, electronica, hip-hop, rock were all welcome. Food was surprisingly good provided by established food trucks and priced reasonably well and ice cold brews did help ease the summer heat. The festival grounds were big enough to accommodate everyone without having to wait in line for a long time for bathrooms, food, water and even ice cream which helped ease the feeling of being swarmed by people. One of our favorite aspects of festivals are the crew “flags” that groups make to help identify one another and to be able to find their group if separated; we’ve already begun planning ours for next year.

Highlights of the festival included the overall design language of the festival, the inclusion of art installations and local artisans, decent food options, a spread of music for a variety of tastes and the general, positive vibes given off from everyone in attendance, even if overheated. Neil Young was worth the price of admission alone since his touring days are numbered. As a first-year festival, Wayhome has already come close to a festival high-water mark and we will watch closely to see how it matures past it’s teething phase.

As a self-diagnosed travel addict,…

This past weekend I traveled…