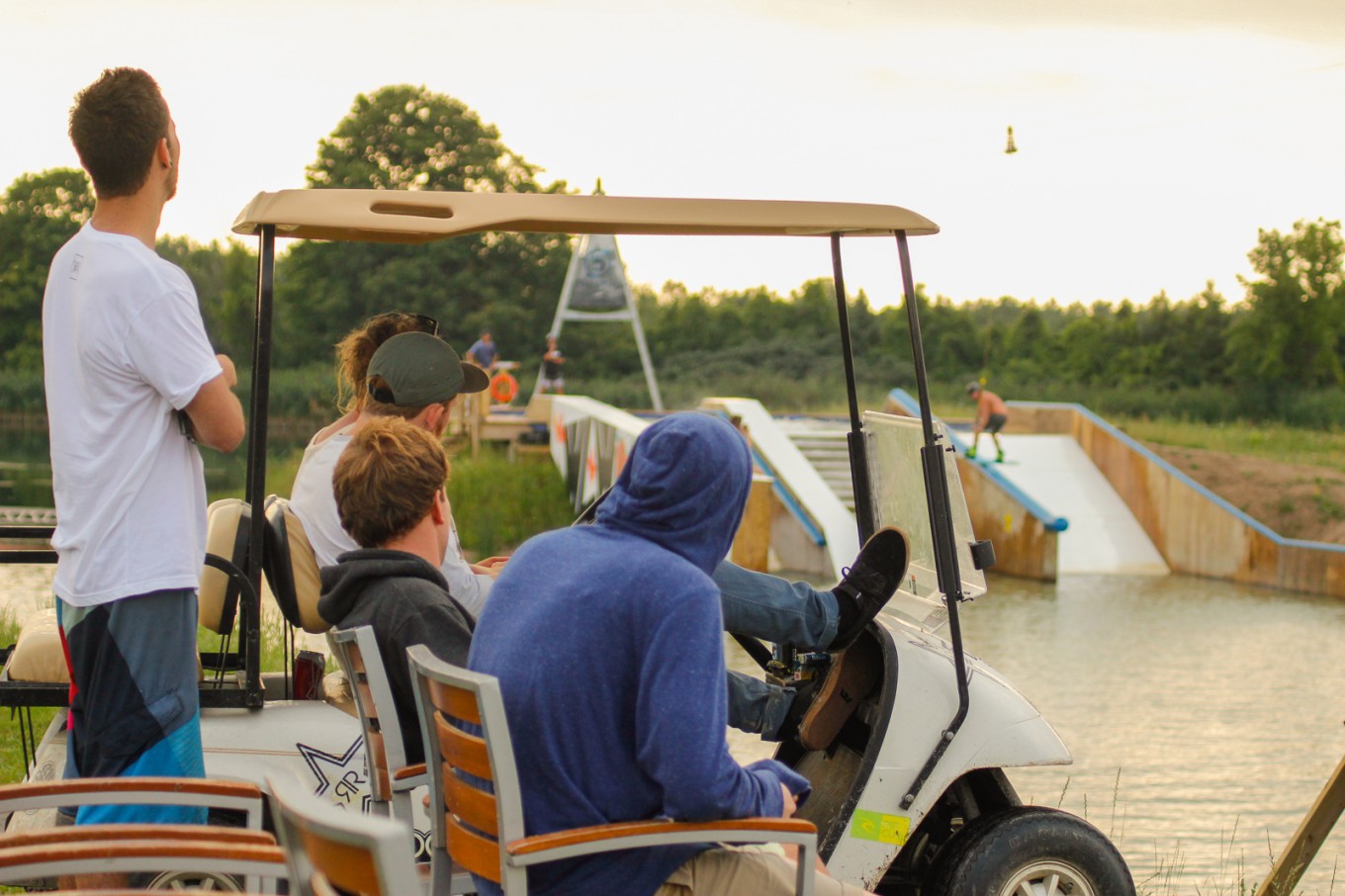 You’d have to be as lost as a desert explorer to mistakenly stumbleupon Windmill Lake Wake & Eco Park, but if you ever do you’ll need to take a moment to fully appreciate what you’ve found. Rub your eyes all you want, but this is no mirage, it’s an oasis within the Ontario wakeboard and wakeskate community. As the first bi-level cable park in Canada, Windmill Lake has cemented itself as a destination for riders from across the province, country and North America.

I made the trip down with my good friend Vince Whiteman, also known as Slightly Human within the worlds of video editing, photography and social media. As we rolled into the parking lot, we are greeted by the Windmill Lake staff, along with wakeskater/videographer Taylor Hanley and pro wakeboarder Nick Dorsey. These two British Columbia residents had stuck around following Canadian Wake Nationals, and set up shop at Windmill to gather some footage for Dorsey’s end-of-year edit.

Jennifer Pate and Andy Oke opened Ontario’s newest cable park in the spring of 2014. Aside from the Sesitec System 2.0 straight line cable, the site is anchored by a 40-acre lake and the infamous Folmar Windmill.

Once you’re here, there is plenty to keep you busy. In addition to wakeboarding and wakeskating, you can grab a stand up paddleboard, canoe or kayak for a quick cruise around the lake. The crew plans to add PaddleFit and SUP Yoga classes in years to come, as well as yurts and cabins for accommodation in the long term.

After catching up with the crew, Vince and I head for the nearby town of Bayfield to grab supplies for the weekend. The town started to grow in the mid 1800’s as settlers emigrated from Britain, Holland and Germany, and the marina operated as a touchpoint for ships travelling from Detroit to Goderich. Throughout the years Bayfield has managed to maintain its small town charm. Take a quick stroll down the main street and you’ll find a mixture of coffee shops, restaurants, pubs, retail outlets and the infamous Albion Hotel. With a little bit of research, you’ll find that the rich history of the community also lends itself to a fair few tales of paranormal activity. We decide to forego any further investigation, and make our way back to the cable park to see what’s happening.

The property is owned by Jenn’s parents, who purchased it with the stipulation that Andy would be able to pitch his idea to them of a wakeboard park he had been planning for the site. Oke has grown up in the area, and also owns a shop called Endless Surf in Grand Bend where he honed his business skills and sense of entrepreneurship. Since Windmill Lake officially opened, the surrounding communities have embraced the park with their full support.

The cable park and lake are definitely not the only features that draw visitors. The property was once owned by a man named Folkert (Frank) De Jong. Pate says the story goes that Frank started construction on a windmill in the 1970’s following the death of his sons. Roughly 17 years later, De Jong had built one of the only wind driven saw and grist mills in North America, modelled after Holland’s famous Arend windmills. The attention to detail in the structure is completely awe inspiring, and work is underway to restore this piece of local history.

With a definitive focus on environmental sustainability – hence the Eco Park name – and a solid plan that includes expansions and improvements to their current activities, Windmill Lake has made its mark as a destination for adventure in Ontario, and is set to build on that reputation for years to come.

Jason Petznick is a country boy. Growing up 30 minutes north of Waterloo, his early adventures consisted of memorizing Star Wars facts and obsessing over automotive magazines. One fateful day his brother brought home a snowboard magazine, and that was that. Petznick currently resides in Collingwood, Ontario, and works full time in the Marketing Department at Blue Mountain Resort. He also finds time to do some writing, photography, graphic design, emceeing, wakeboarding, skateboarding and mountain biking outside of office hours.

Bicycles provide so many different…

Fall In Muskoka: the next…