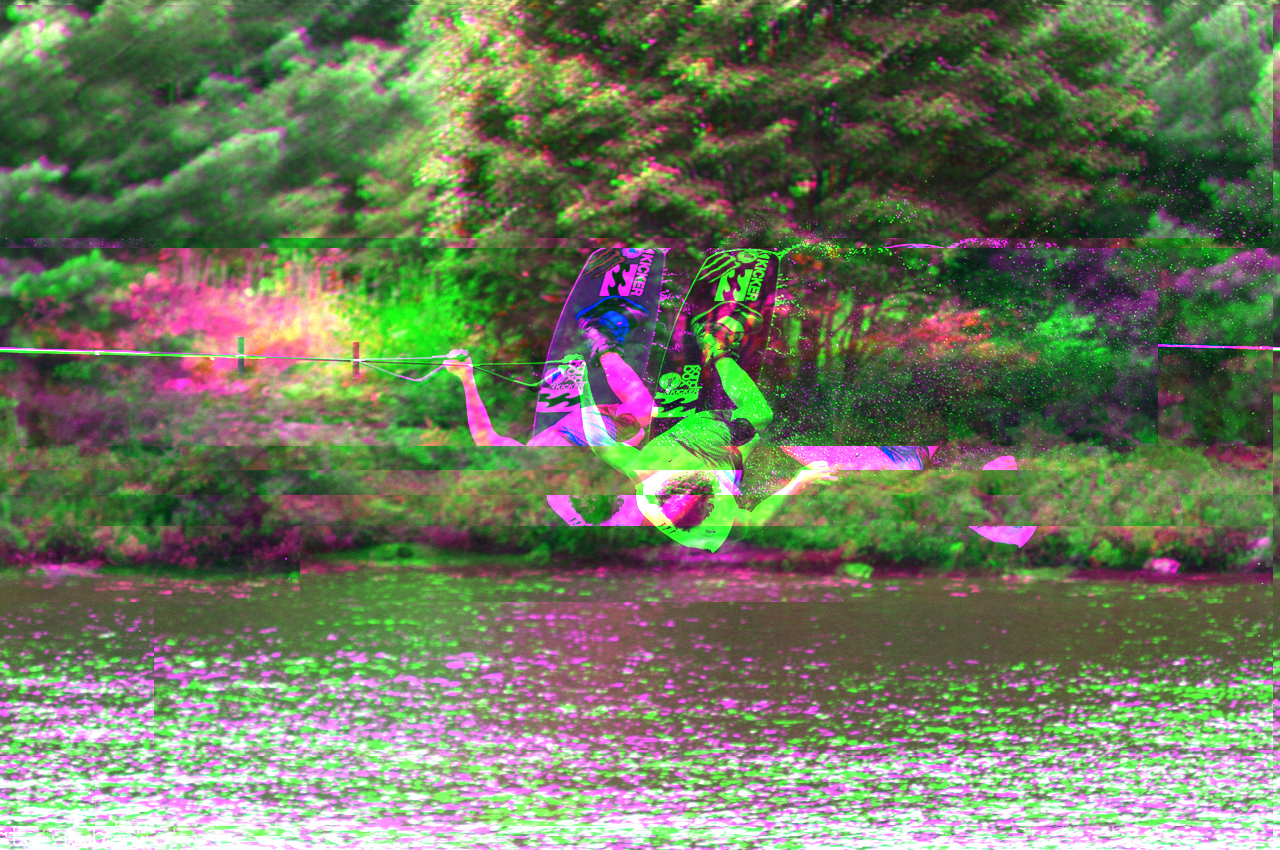 Wakeboarding has been emerging as the go-to summer action sport for some years now; using the already existing wake created by a boat, athletes are pulled behind on a board and perform variations of skateboarding and snowboarding tricks. Once a summer-past time, Wakeboarding is the fastest-growing watersport in the world.

The 2013 Canadian Wakeboard Championships were held in Bala, Ontario – A hub to the Muskokas and Toronto-dwelling cottage goers, Bala is home to a set of waterfalls from the logging era and the popular music venue Kee To Bala,  as well as being peppered with waterways make Bala a superb venue for Wakeboarding.

The venue used is Bush’s Sports Center located just a few minutes outside of Bala, the facility is home to a cable-park and also has a small channeled waterway (always calm, too) that allows the specially designed wake-specific boats to travel up and down the small waterway running clinics for athletes.

Groups are split into men and women categories including a sub-group, the wake-skaters. This complex and very difficult sub-set of wakeboarders use a basic board with no bindings or directional fins and try to land traditional skateboard tricks while being tugged along the water.

An example of the wake-skate class where riders strip away all the aides and big air capability of “traditional” wakeboarding and just rely on their raw talent to somehow compete. Athletes use skateboard tricks like pop shove-its, bigspins, ollies and various air-grabs. Riders can either do tricks out in the “flatwater” or bomb wake-to-wake.

The facility is bare-bones and aside from the main building, judges tower and some outhouses there isn’t must else in the way of amenities. Some would argue that any extra flashy stuff is just taking away from the organic experience Bush’s offers to its riders, many of whom prefer a more grass-roots approach to the sport. No corporate overlords here (except for Monster), just talent.

Just like every tight-knit community, there is a sense of family among the athletes. Being humble and growing the sport seems more important to them than where they place. If a run can be dissected between friends rather than competitors, only good can happen. The girls are seen discussing what went right on their runs – the bad can be left in the wake.

The female classes show strong and many are young, just getting into the sport. There are bros, of course, but a big part of the Wakeboarding family especially in Ontario are females and they in turn network to their friends, siblings, community and one by one launch themselves over wakes and often upside down, too.

2nd place finisher and event organizer Erika Langman hangs it all out to dry during her run which consisted of being upside-down more often than not; using the wake to her advantage she showed her riding experience with her simply styled run and ability to pop off the wake higher than the other girls

The Ontario wakeboarding community is a good example of how to push sports properly. With the introduction of cable-parks (which is basically a motor attached to a clothes line and pulls riders around a small area) boats aren’t needed unless it’s big, open water. This lowers the cost-of-entry down to just equipment and a pass to the local cable park and opens up opportunity to kids who wouldn’t otherwise get the chance. Unfortunately, local cable-parks are met with resistance by local community members for vague and nondescript reasons and many have had difficulty opening their doors to the rush of new wakeboarders but with more and more people aware of the good things that the sport can do for communities, those voices are quick to be drowned out by engaged, happy kids.

In the first installment of…